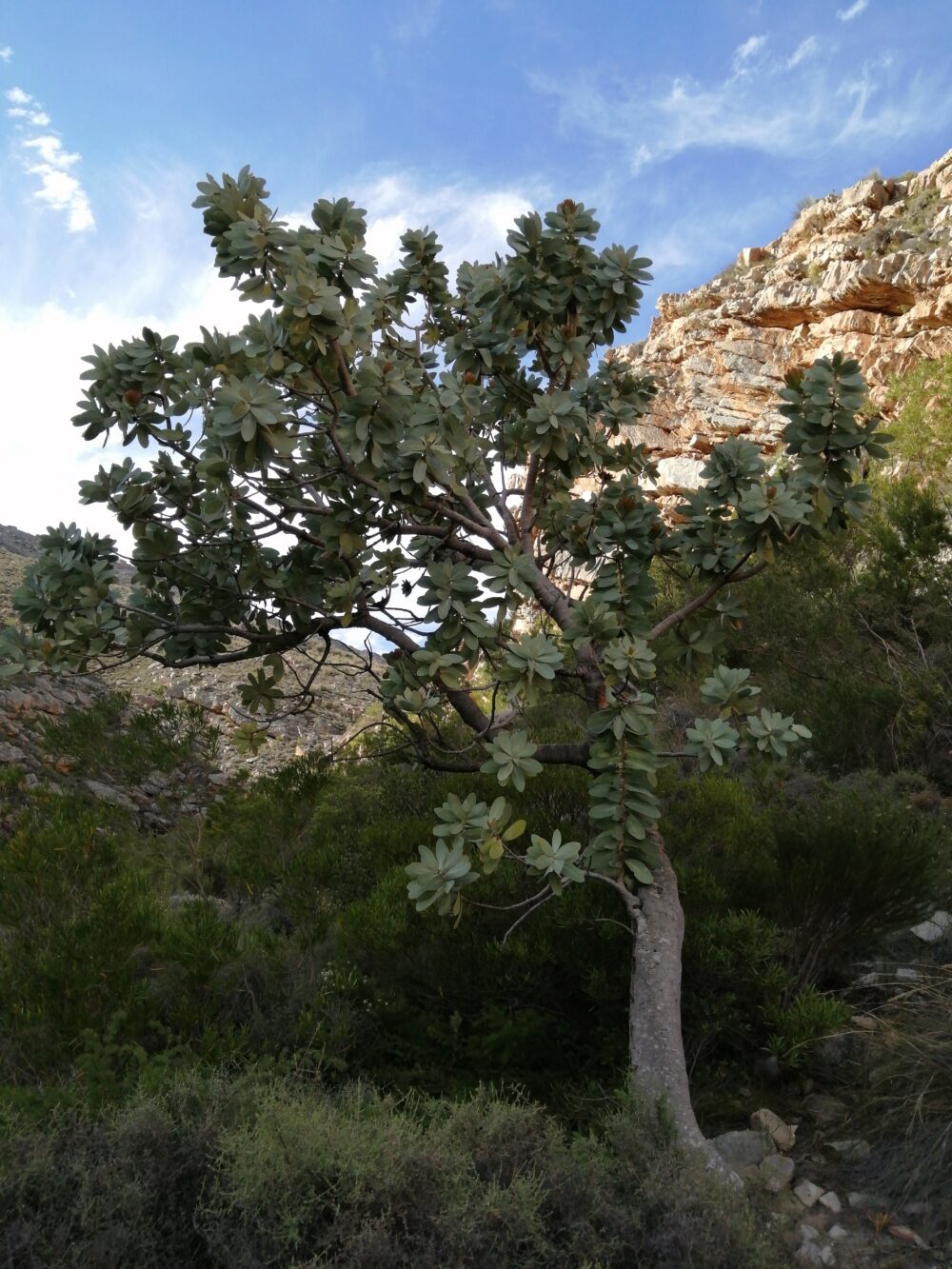 Tree of 5 to 10 m. Also as a dwarf form of less than 1 m. Resprouts after fire. The leaves a elliptic and milky grey. The flower heads (mostly between May and August) are cup shaped. The involucral bracts (around the flower head) are short, silver and silky.