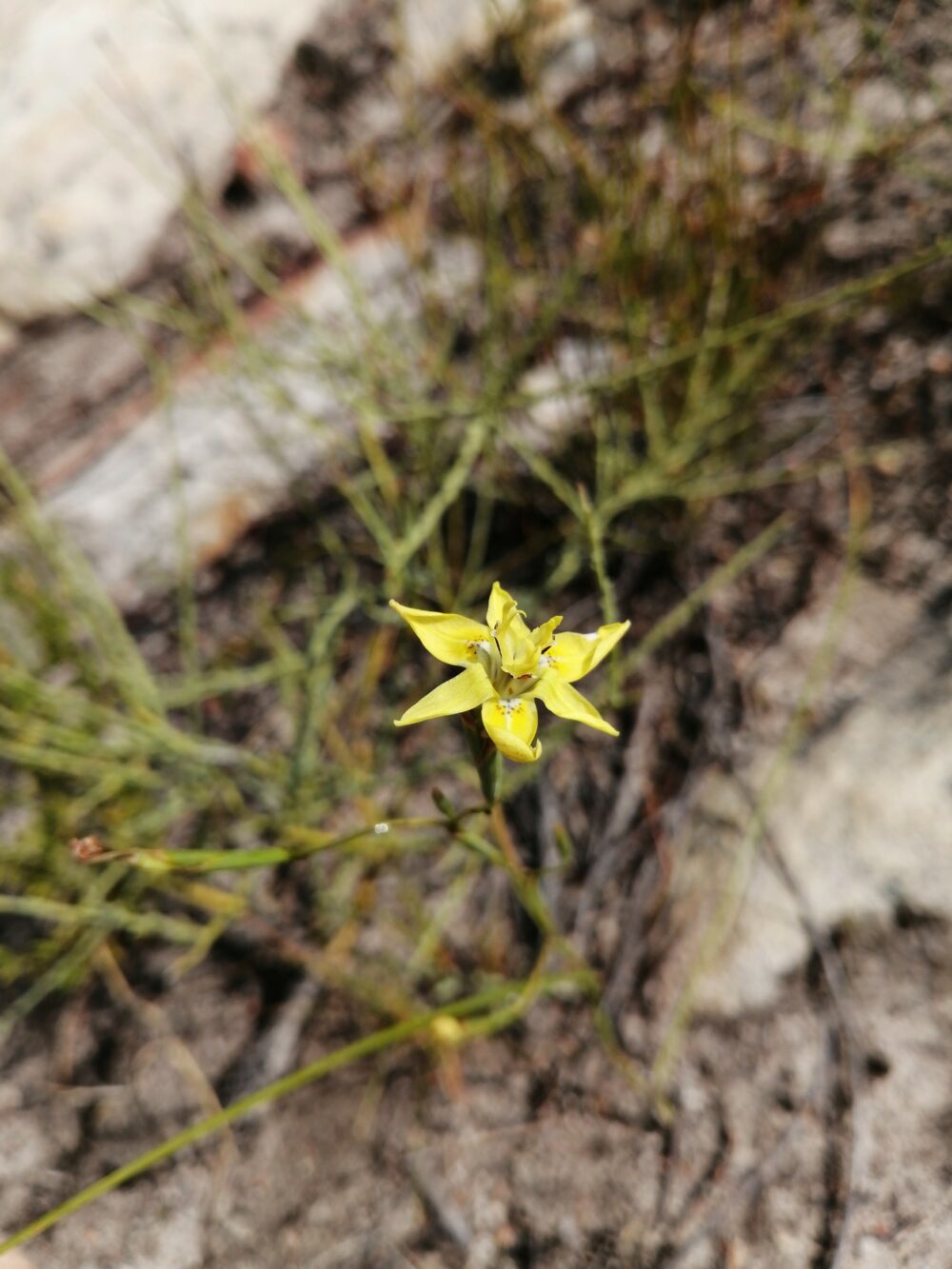 Cormous geophyte up to 50 cm. The stem is sticky with 2 or 3 linear, channelled and trailing leaves. Flowers are yellow or rarely mauve and appear in October to December.

M. bituminosa differs from M. inconspicua which is also sticky but with smaller flowers and reflexed tepals.