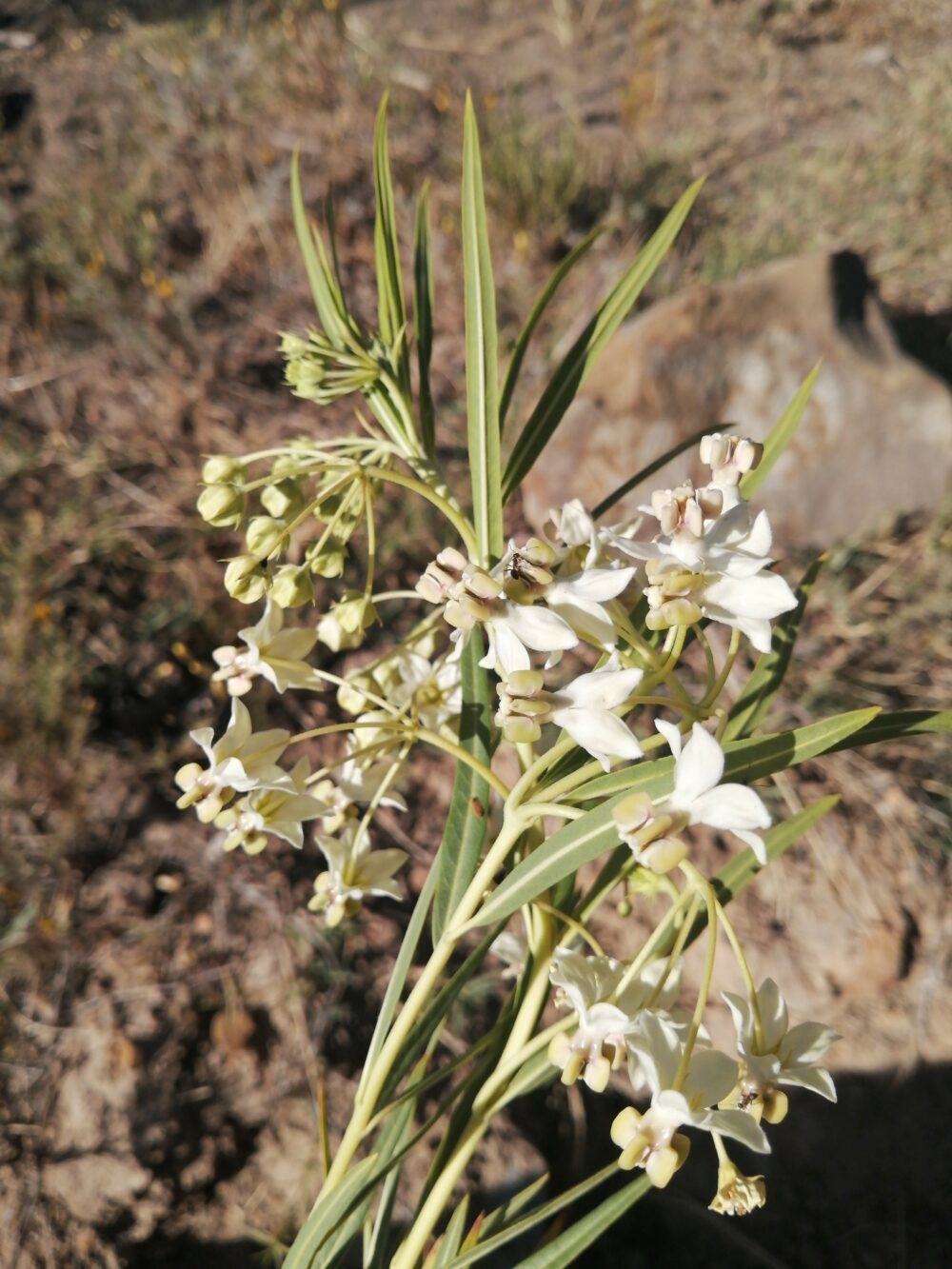 Soft shrub up to 3 m. Branches emerge mainly from the base. Releases milky sap when damaged. The leaves are opposite each other and linear or reverse lance-shaped (sharper side at the base). The flowers (November to April) are cream-coloured and grouped in upside down umbels. The fruit are egg-shaped with a sharper tip.