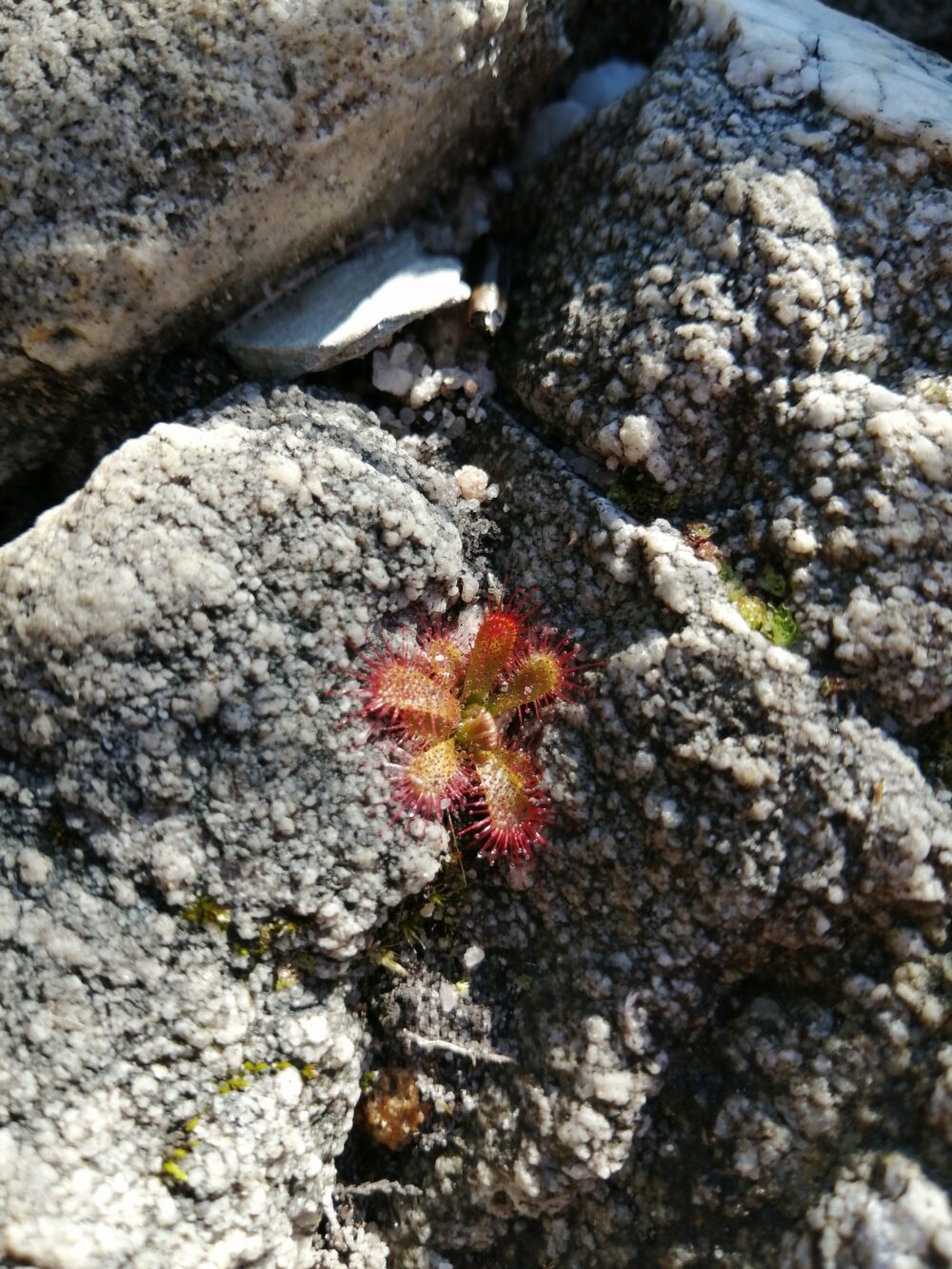 Perennial carnivore up to 10 cm. Leaves springing directly from base; combination of lance-shaped and wedge-shaped; no stipules at maturity. Flowers (August to November) in almost flat-topped cyme; white to mauve or red.

Leaves are covered in stalks with sticky tips that resemble dew drops in which insects are caught.