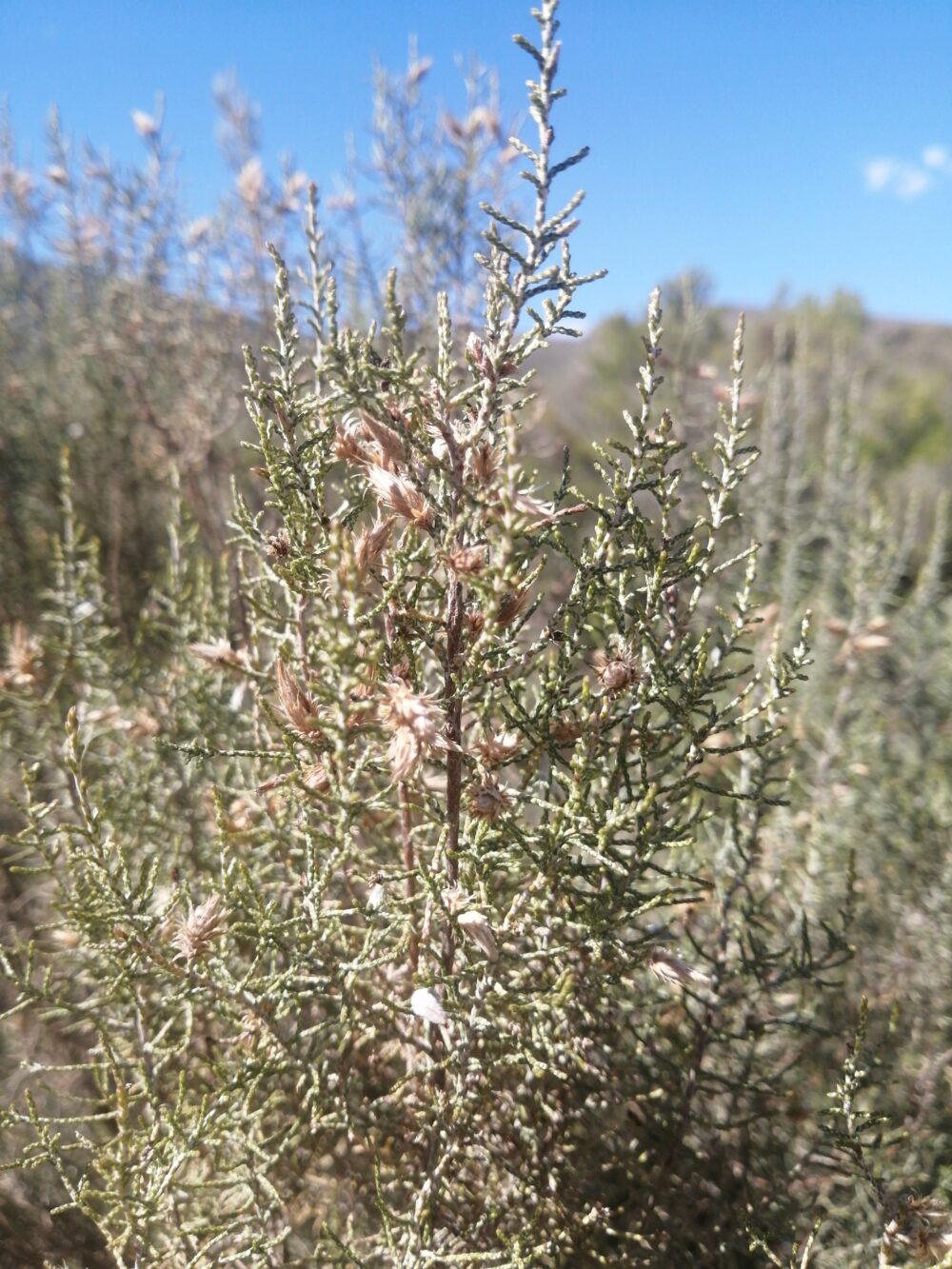 Shrub of up to 2m with short whip-like branches functions well as a broom - hence the local name “veebos”. Grey in appearance due to thin woolly layer, sometimes sticky. Leaves are scale-like and lying closely against branches. The flowerheads are discoid (only disc florets, no ray florets) and found on lateral branches. The are purple in appearance and each mostly made up of three florets. Flowers in February to April, but dried flowers remain long after the flowering season.

The Renosterveld vegetation type is named after this species, which is often a dominant species in it. D. rhinocerotis was previously know as Elytropappus rhinocerotis.