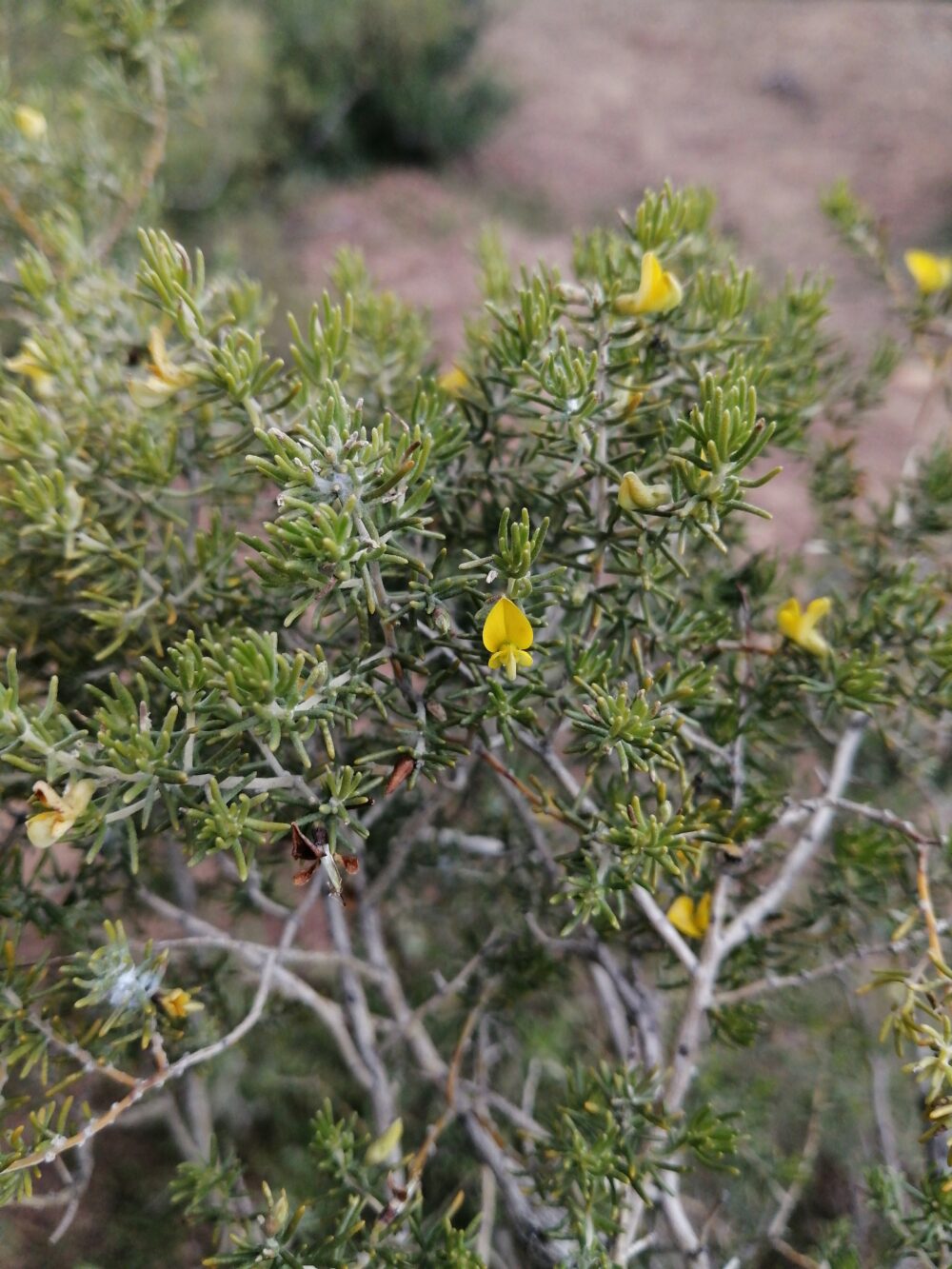 Erect shrub with rigid curvy branches. Leaves are 3-foliolate and almost cylindrical; hairless. Flowers (September to March) are scattered and usually solitary, pale yellow. The wings and keel are hairless, but the calyx is usually shortly hairy.

The subspecies found in the Hex is known as A. lactea lactea, the common milk capegorse.