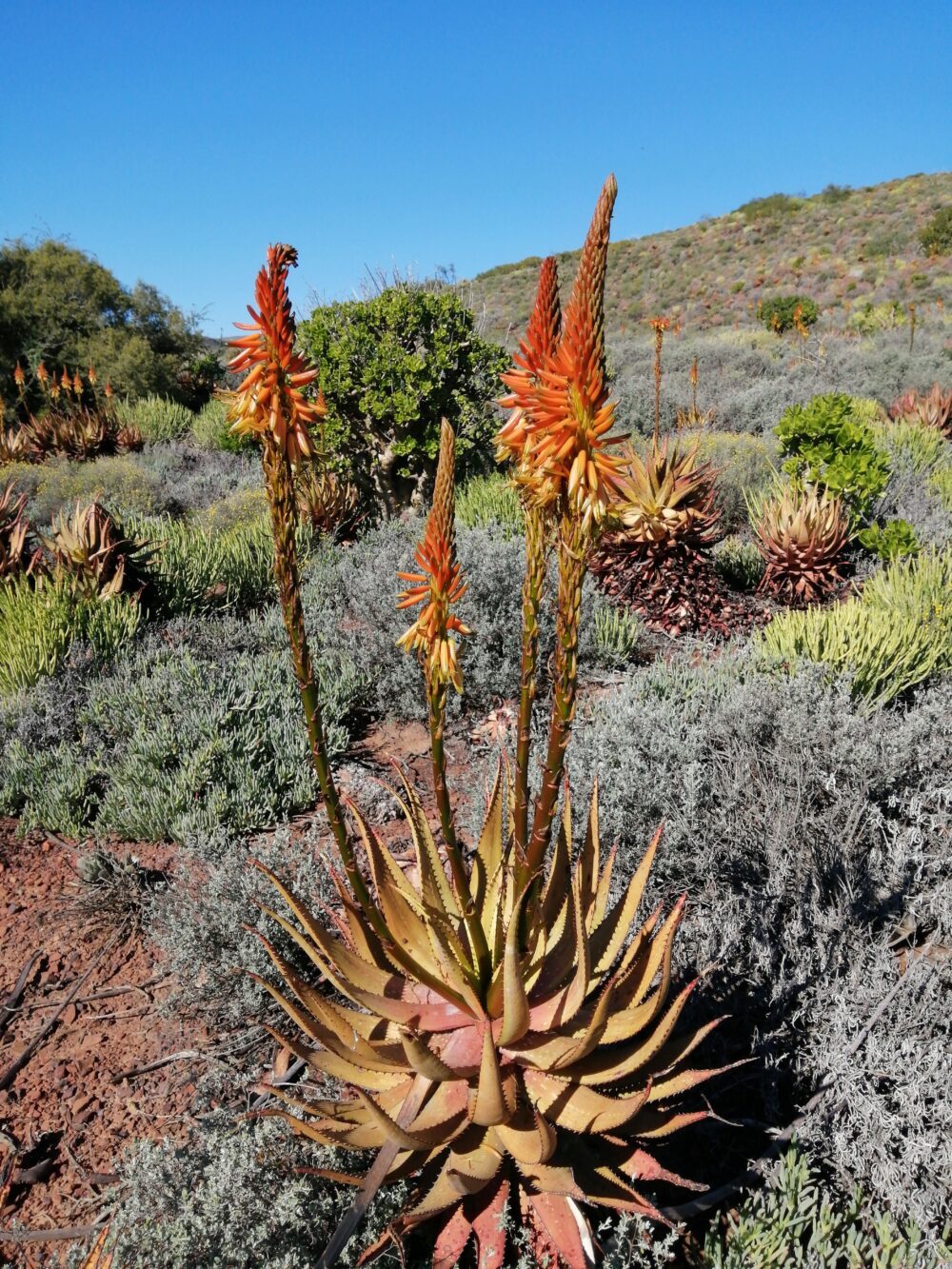 Perennial succulent with blue gray leaves in a whorl. Leaves turn orange when the plant is under stress. The leaf margins are lined with numerous small red thorns and leaf undersides are sparsely covered in white spots. Bears one or two inflorescences with red flowers that later turn orange.